This post talks about a SFDX plugin that copies files from one directory to another. All the code is in this repo here..

As with most orgs, we have a lot of third party API integrations and we use Named Credentials for most of them. The endpoints vary based on the environment we are in. In our development environment, we point these integrations to a mock server. Our testing and staging environments point to the testing and staging URLs of target system and our production points to the live URLs of the third party systems. This is a similar setup to most orgs, I’d imagine.

Storing Named Credentials in git in such setup is not straightforward as they can point to only a single URL at a time. Hence, we have a custom config directory that stores the URLs based on the environment and then our custom ant target copies these files into the src/namedCredentials during deployment as illustrated below. 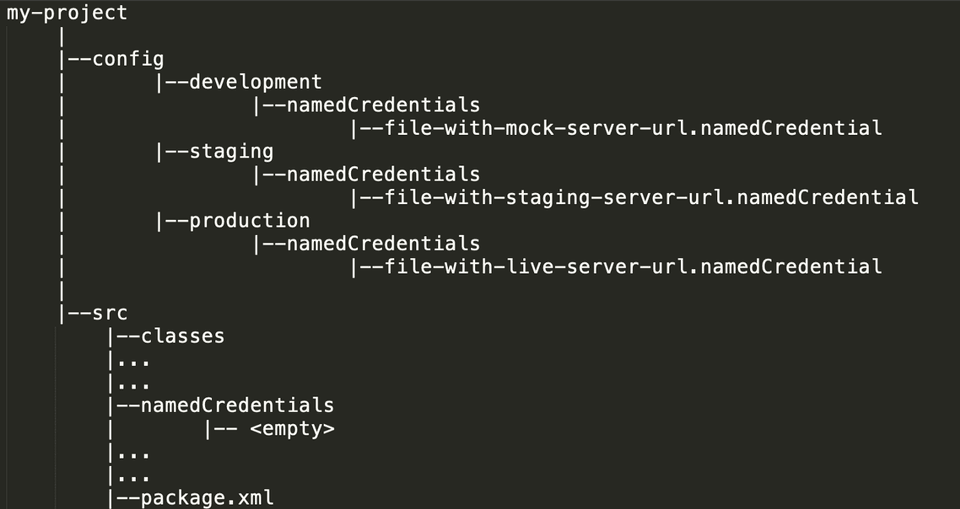 To deploy to our staging environment, we run: 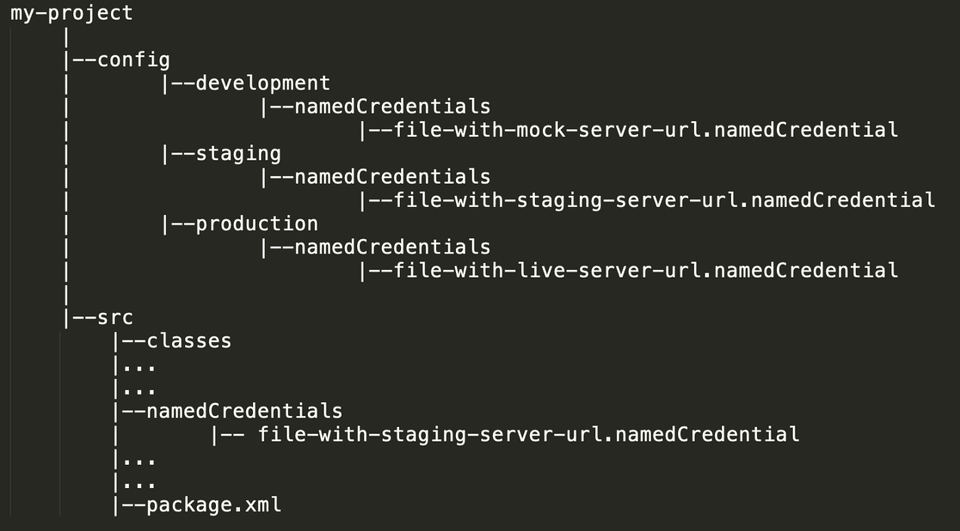 This way, we are able to use the named credential specific to an environment for deployment. We can extend this to custom metadata/CORS endpoints/remote site settings etc. which change from one environment to the other.

When we move to Salesforce DX, such a custom ant script doesn’t exist and hence we needed to create our own custom DX plugin.